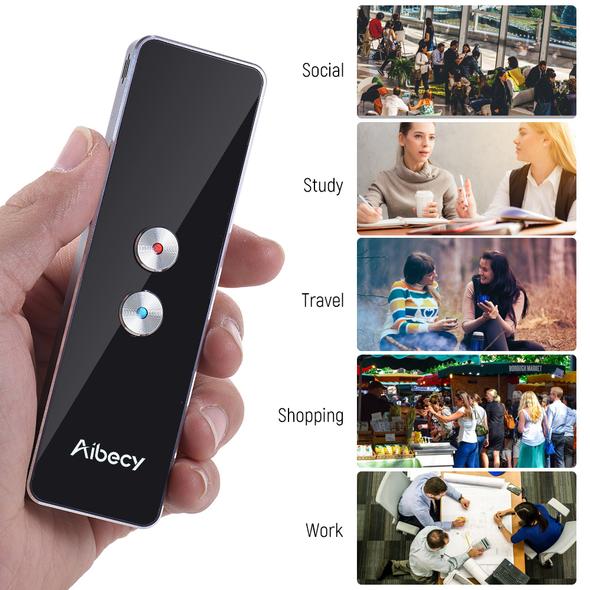 This device supports more than 32 languages in real time!

High Translation Accuracy - With high sensitive and fidelity microphone/speaker will collect clearly what you say and the device will translate it to the target language in a very high accuracy. No worries about the noises from party, exhibition or other occasions. Also, it can intelligently recognize different accents, such as British English, American English, Indian English.

Real Time Interactive Translation - Connect the device to your Smartphone via Bluetooth and choose the two source and target languages on the App. Push the button on the device and hold it till you finished your speech; it will recognize what you said then speak out loudly the simultaneous translation result from translator and show words on your smartphone.